How au pair childcare has transformed the Roman family’s lives.

Before welcoming French au pair Paul into their home and their hearts, the Roman family was struggling to get through each and every day. That’s because both Jared and Shannon Roman are active duty members of the Air Force.
“The work schedule that is the military, you’re on 24 hours a day,” says Shannon. Life was challenging – on normal days, Jared and Shannon would need to get up in the wee hours of the morning and leave the house by 5am. In order to accommodate their parents’ hectic schedules, all four Roman children – Carrington, Mark, Denissa and Christian all aged between 6 and 12 – were in both before- and after-school programs.
“We all often didn’t get home until 6:30 or 7pm at night,” says Shannon. “That’s a long day – it was constantly stressful.” And then once everyone was finally home from work and school, it’d be a quick dinner followed by the typical, rushed bedtime routine.
“They say that military children also serve their country due to the sacrifices they make as part of their parents’ career in service,” says Shannon. “For us this was true. While we knew they were being cared for, we continuously hoped to find a better childcare option that would give the kids more stability and time to be ‘normal’ kids.” 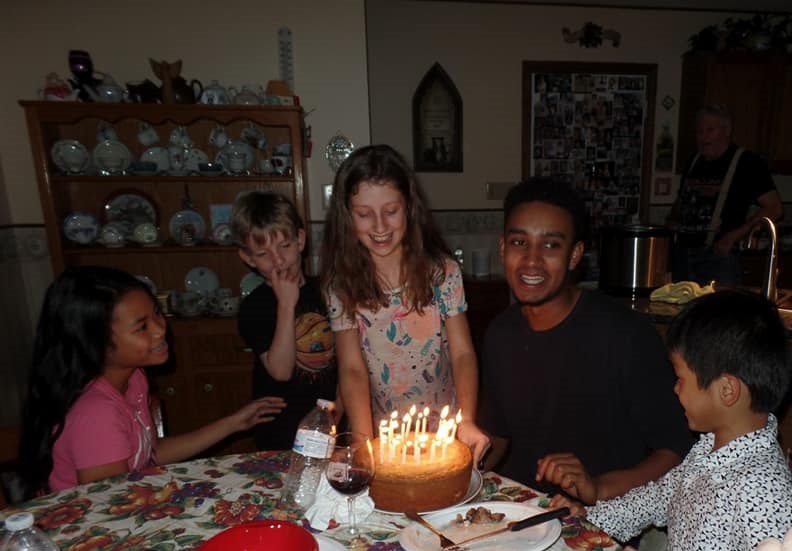 Parents around the country – especially those who are in the military – know this story all too well. It’s a combination of having a busy work schedule, and not wanting to compromise on finding flexible, trustworthy childcare. Because after all, nothing is more important than ensuring your little ones are safe, secure and happy.
Luckily for the Romans – and for countless more families across the USA – everything changed when they heard about the au pair program.
Jared and Shannon shopped around and researched various au pair agencies, but ultimately decided to go with Cultural Care Au Pair. They began their matching process and the very first profile they looked at was Paul’s. After talking with other au pairs, the Romans found themselves returning to Paul’s profile time and again – so they asked him to join their family.
“From the very first day he arrived, he has brought us nothing but laughter,” says Jared. “He is so gifted in how he works with children and I often think to myself what a wonderful father he will be someday. He has more patience than both of us parents put together and has found ways to connect with each child. The gift that Paul has been to our family is immeasurable.”
Not only was Paul immediately adored by parents Jared and Shannon, he was an instant hit with the kids too. “He’s funny and he can trust people,” says Denissa. “He shares stuff.” 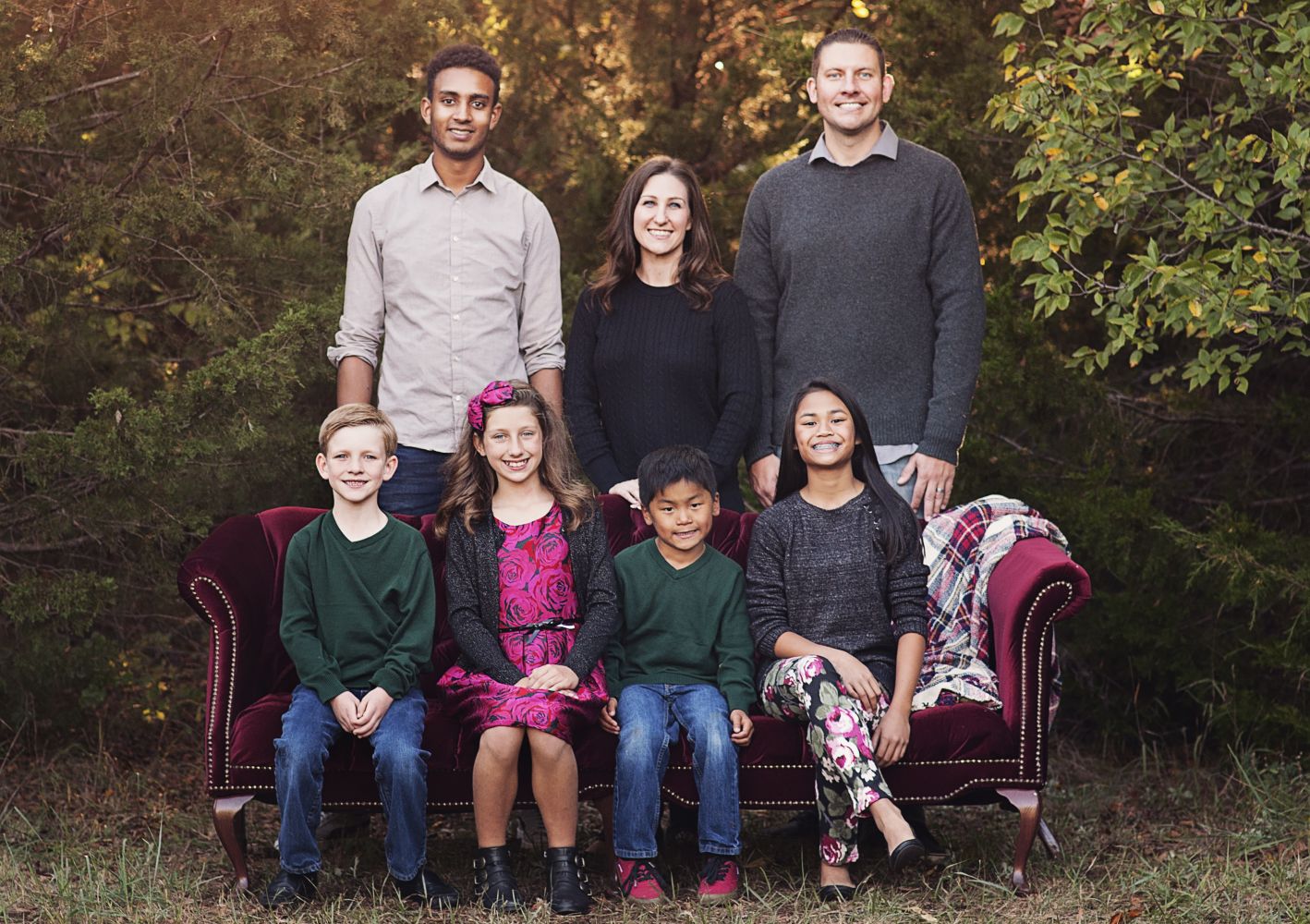 According to Denissa, a sixth grader who likes basketball and soccer, Paul lets her play his X-Box – but it’s not just fun and games for the Roman children. “He helps us with our grades and our homework too,” she says.
Jared and Shannon praise Paul for his calm nature that is perfectly mixed with the energy and adventure of being a built-in “Big Brother” for the kids. Paul gets them ready for school in the mornings, ensures they eat breakfast, packs their lunches and then takes them to school himself. He even chooses to play with the kids during his “off-duty” hours, out of a genuine love and care for the family.
“Even when the working hours are over, he melds into our family life seamlessly,” says Sharon. “He teaches us to make crepes, introduces us to all manners of French foods like breads and cheeses, and actually plays games with the kids. Sometimes my husband and I laugh that Paul became his ‘bro pair’ too as they watch sports together all the time.”
Paul has made such a difference in the Romans’ lives that the family nominated him for Cultural Care’s prestigious 2018 Au Pair of the Year Award – he placed in the Top 10.
The real test for the Romans came when Jared was unexpectedly tasked with a deployment, and was asked to serve his country overseas for 6 months. When the family approached Paul with the news, there wasn’t even a moment of hesitation – Paul would be there to help hold the family up during this especially tough time.
“All deployments are rough,” says Sharon. “The kids (and me too) have a hard time dealing with Dad’s absence. However, my husband and I joked that this is the first deployment we’ve ever been through that didn’t feel quite so soul-crushing and uncertain. There is no doubt in my mind that this is due to Paul’s presence.”
The Roman family hasn’t needed it themselves, but they praise the au pair program for having an immense amount of local and even global support for people should anything go awry. Shannon says “the program is set up for success” and that “there are pretty strict rules that make sure things are going well for us and for Paul, too.”
Today, thanks to Paul, the Roman children are more well-adjusted than ever. And best of all, they’re experiencing cultural exchange on a whole new level. They’ve learned more about French cuisine, culture and traditions than they ever could through school – and they’re using their time with Paul to cultivate their natural curiosity about the world. 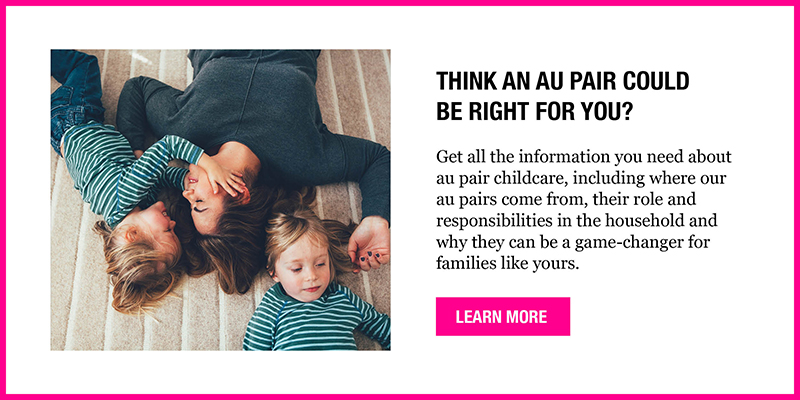