Five au pairs return to the U.S. for a summer celebration.

The bond between au pairs and host families is truly special. We’ve seen it time and again –when a host family welcomes an au pair from another country into their home and their heart, that au pair becomes an extended member of the family. They grow to trust and love one another; together, they create memories that they will carry with them forever.
When au pairs return home after their program year, it’s often not a “goodbye” but rather, a “see you later.” Over the years, Cultural Care Au Pair has heard countless heartwarming stories of au pairs returning to the USA to reunite with their former host family – or of host families embarking on trips overseas to visit their former au pairs in their native countries. It’s a way to stay connected, teach host children about travel, and of course, continue the cultural exchange that began during their program year.
One of the most remarkable au pair reunions we’ve ever seen occurred this past summer in McLean, Virginia! The Hodge family – who have hosted five au pairs from Austria over the years – welcomed four former au pairs back to their household for a month. Together, with their fifth and current au pair, they made it a summer to remember.
“We’ve had such a positive experience,” says host mom Gillian Hodge. “For us, they totally have become part of our family.” 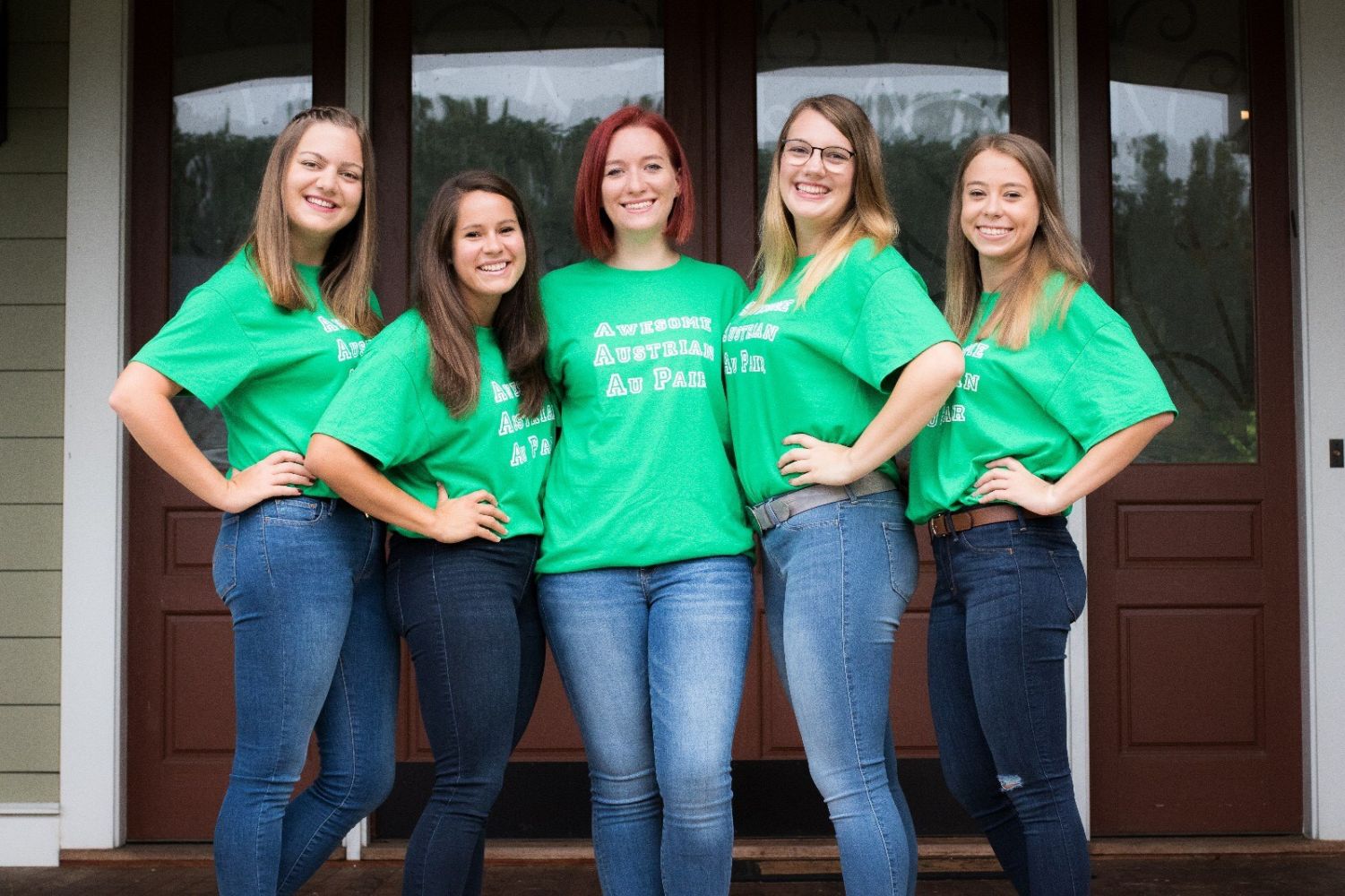 In July of this year, their new au pair named Lena joined the family to provide care for Gillian’s three young children. In addition to having Lena in the household, the Hodges welcomed back former au pairs Anna, Kerstin, Kathi and Anika – all from Austria. During their time together as one big, extended family, they went to the pool, ordered pizzas, went on a night bike ride in Washington D.C. and participated in regular, everyday activities that were quintessentially American. “We try to introduce them to American culture,” Gillian says.
Gillian was first exposed to the au pair program as a child, when she was cared for by an au pair from the Netherlands. Today, she teaches at a nearby country school and works part-time as a Local Childcare Consultant with Cultural Care. She helps bring the life-changing benefits of an au pair to other families in her area, using her personal experiences as both a host child and a host mom as inspiration and motivation. Gillian’s husband Yuctan works in finance, and is thrilled to host au pairs for both financial and cultural reasons. The Hodges have found au pairs to be the most enriching and affordable option out there for childcare.
The Hodge family has had such a positive experience on the program that they’ll be traveling to Austria next year to be part of former au pair Anika’s wedding.
“The kids will be in the wedding,” says Gillian. “Both our girls will be flower girls and our son will be the ring bearer!”
The exchanging of cultures between the Hodges and their former au pairs has been a cornerstone of their program experience, and a driving factor behind their close relationships. The Hodges have been immersed in Austrian cuisine, traditions and customs for at least five years now – and with this summer’s reunion being such a success, they’re excited for many more years of adventure and quality time with their extended family members from Austria. 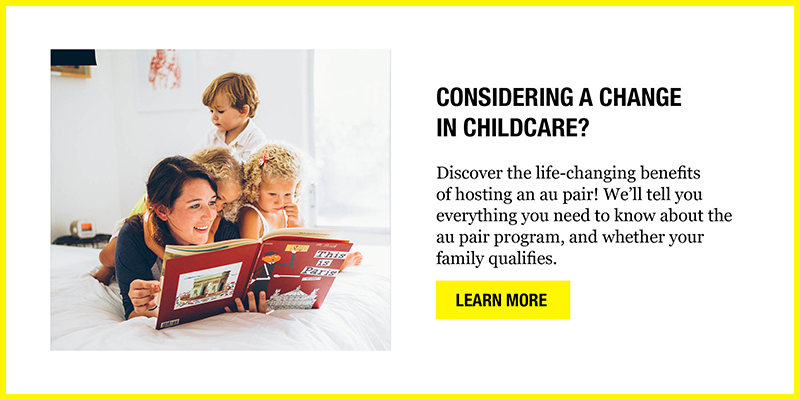