Aussie au pair Sarah Miles secretly called her former host dad Tony earlier this year to plan a trip to the U.S. to reunite with the whole family. Sarah was supposed to arrive in Reno, Nevada at 10am; Tony planned to say he was going out to get breakfast and instead pick up Sarah and surprise the rest of the family at the pool. All was going to plan until Sarah’s flight got delayed. Tony told host mom Mariel that he was going to get dog food. Then Sarah’s flight arrived earlier than expected. YIKES! Tony finally had to tell Mariel the whole story so they could all jump in the car and drive to the airport. The kids thought they were picking up Tony’s friend from CA, so when Sarah came down the escalator, they were totally surprised! 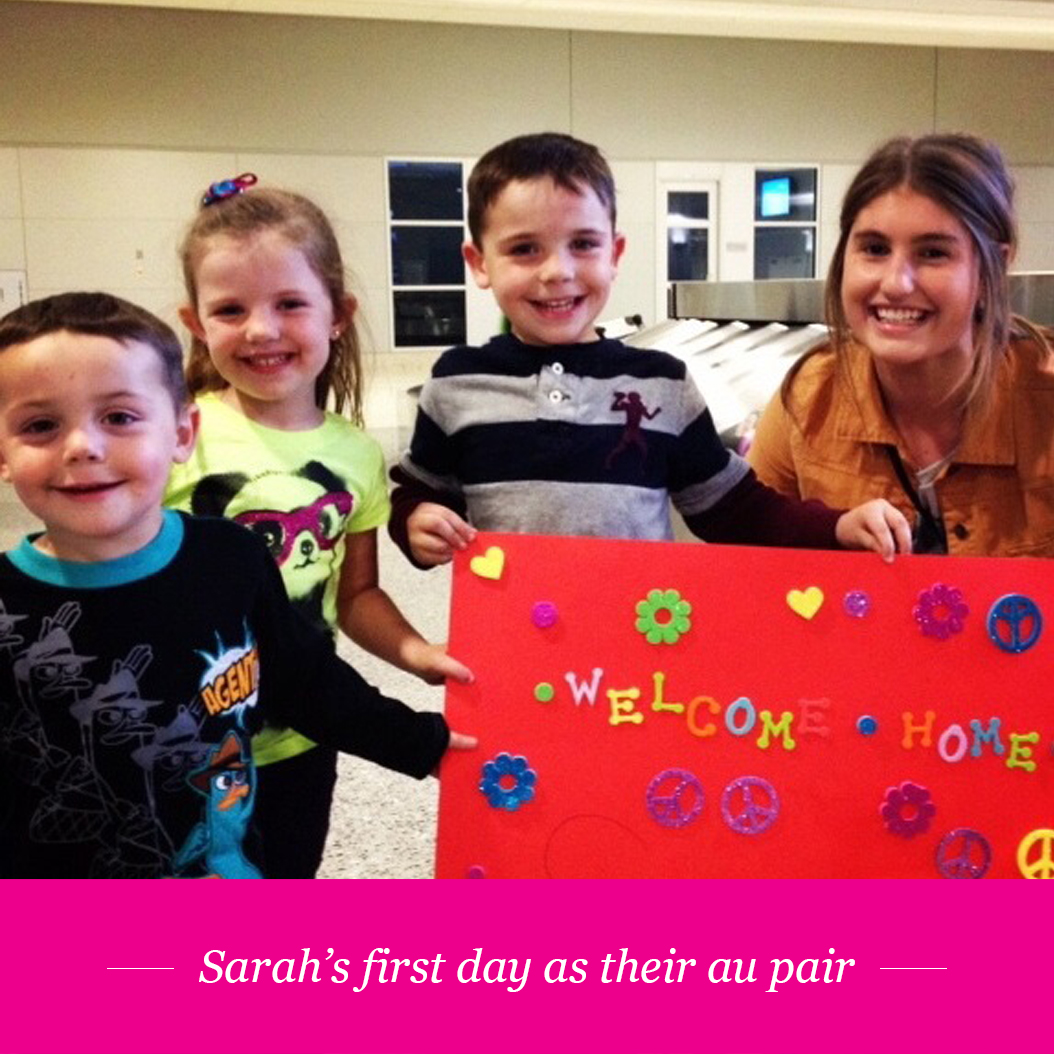 What host family members did you see during your reunion?
I saw my host parents, my three kids, Caleb (7), Aylee (6) and Joe (4). My host mum’s mum and my host mum’s dad and partner Mimi.
What did you do during your time with your host family?
Went to the pool, go karting, spent the day at Lake Tahoe playing at the beach, watched Caleb and Joe’s last baseball game of the season and watched Aylee’s end of first grade presentation and her gymnastics class.
What was the best moment during your reunion?
Seeing their faces when they realized it was me coming down the escaltor at the airport.

What was the funniest moment during your reunion?
When we had a Frozen sing-a-long in the car.
What is new or different about your host family since you last saw them?
It’s been a year and a half since I’ve seen them and I notice the tiniest things that they’ve improved on. It made me realize how much they’ve grown up in the last year and a half. Caleb with his baseball, Aylee with her reading and Joe with just getting dressed and ready for the day on his own—he doesn’t need my help anymore.
How have you changed?
I came home from America and started working part-time at Ripcurl (a surf shop) and now I’m assistant manager at the same store. I’m still living in the same house, when I left for my au pair year, in Wollongong NSW. I definitely grew up a lot while I was living in the states and became much more independent. I overcame a lot during my year in the U.S. and it helped me learn a lot more about myself.

My host family in Nevada was my second host family—I went into re-match after 6 months with my first family. During the first 6 months, there were times I felt incredibly homesick where I just felt I needed my mum. I definitely became so much more independent. Being across the world from your family is probably the biggest challenge most au pairs will face. Whenever there’s something going on where you just want to talk about it with your parents, sometimes Skype wasn’t enough and you just wanted a hug from them. But then I found my amazing family, the Sharron family. 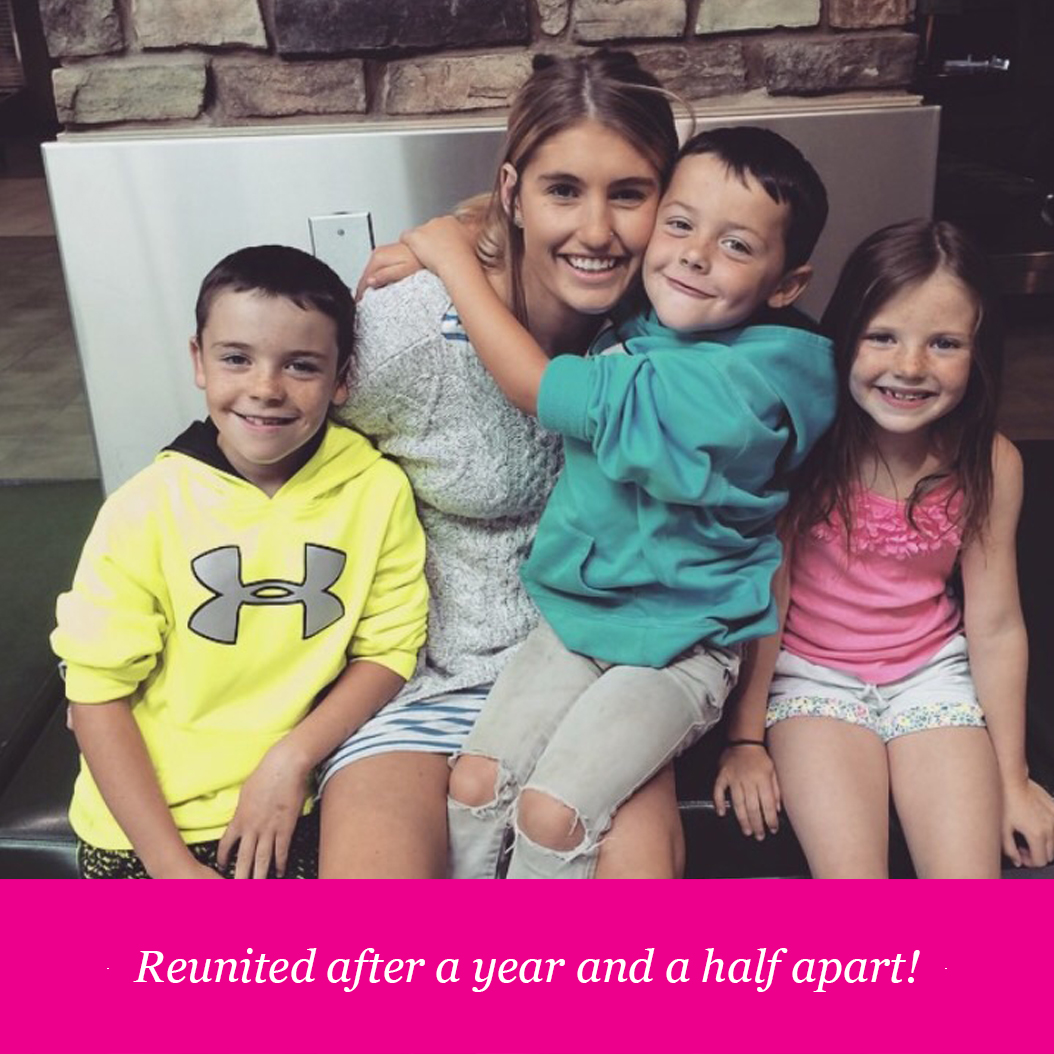 What favorite traditions do you remember sharing with your host family?
Spending the days at hotel pools in Las Vegas, going to the park. Eating at In-N-Out Burger.
When will you see your host family next?
Either this October they’re hoping to come to Australia or I’m hoping to go back over in January.
Do you have plans to reunite with your former host family or au pair? We’d love to hear more! Host parents or host children, share your story here. Au pairs, share your story here.