Halloween with an au pair

Inspiration for the spookiest holiday of the year!

Including your au pair in your Halloween plans is a simple and surefire way to build a stronger bond with them and to include them in a beloved American tradition. Au pairs are curious to experience unique parts of American culture—and Halloween is a much-anticipated one!

Take it from these host families, who sent in photos of some inspiring Halloween costumes, as well as firsthand experiences of what it’s like to celebrate Halloween with an au pair!

South African au pair Philile created this adorable group costume for her and her host kids. She only needs three dalmatians for this ensemble to work! 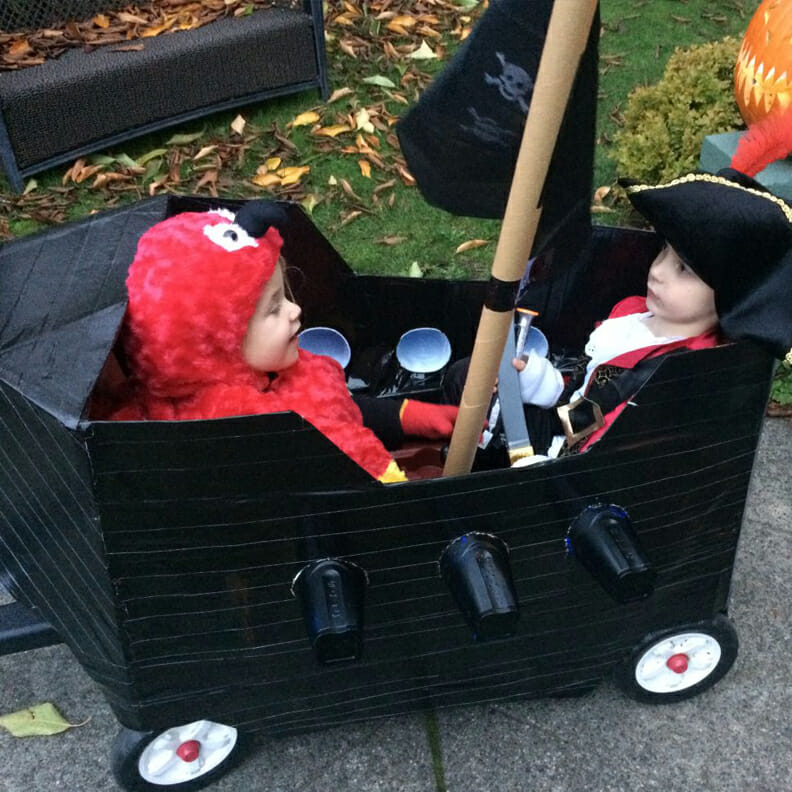 The Woods family in Washington

“On Halloween, our au pair Corinna took the kids’ red wagon and transformed it into a pirate ship. By using cardboard boxes and duct tape, this pirate ship became a favorite new toy that our little pirates LOVED!”

Roxanne joined her host family as a Pink Lady from the movie Grease—an American classic! 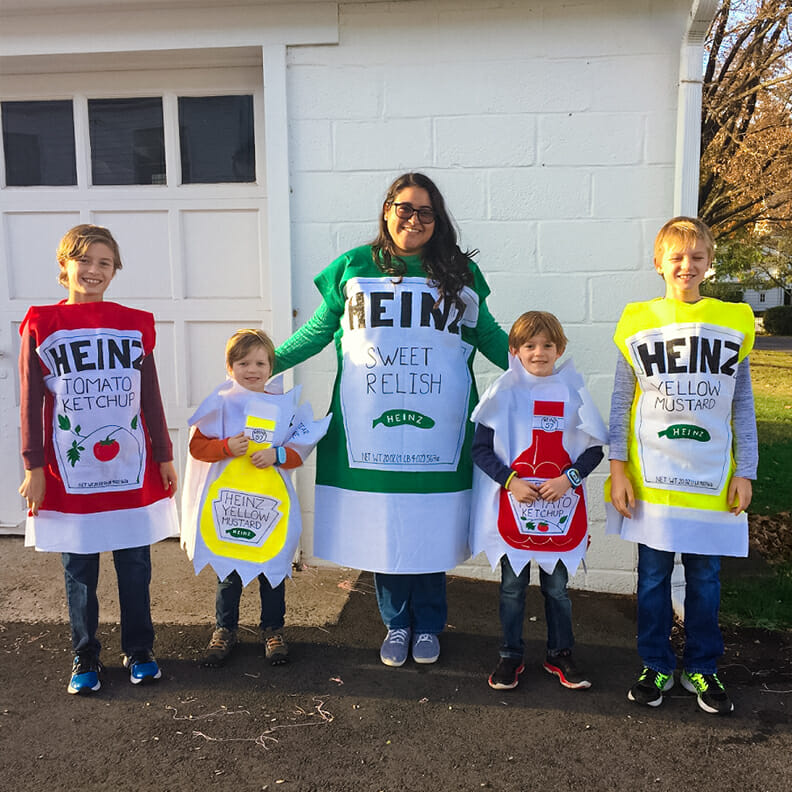 The Annis family in New Jersey

“Our au pair Cointa is one of the most creative people I have ever met. For Halloween, I wanted to recreate the Heinz super bowl commercial where there are dachshunds (we have one named Jules) dressed as hot dogs running to their owners who were dressed as Ketchup, Relish, and Mustard. Cointa hand-made all the costumes for the boys including one for herself. They were simply amazing! Our boys were the envy of everyone on Halloween!”

Inside Out fan Ilaria helped make this colorful costume come to life! 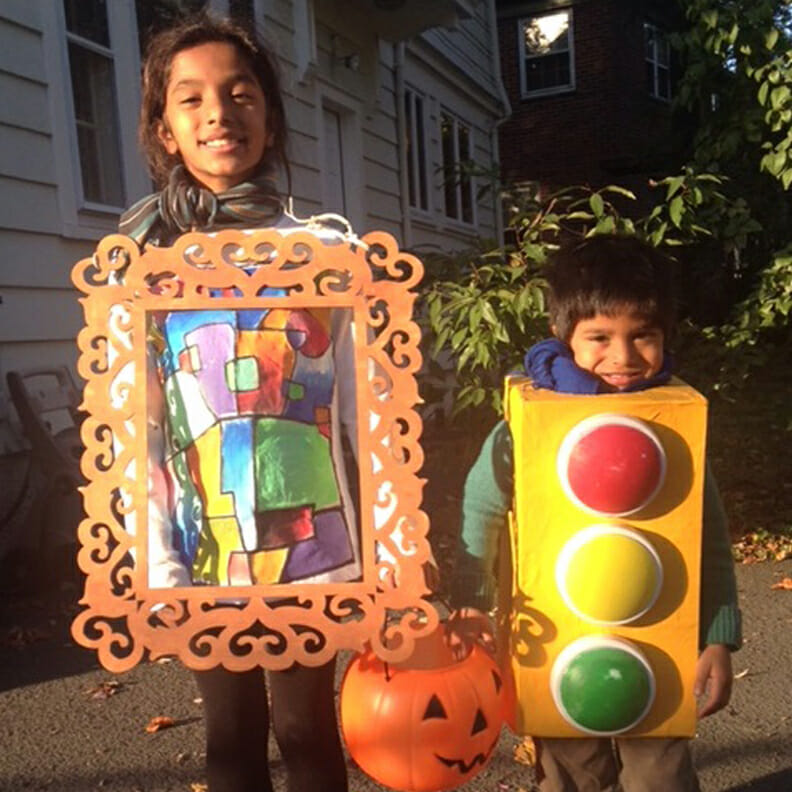 The Khandwala family in New Jersey

“Our son loves traffic lights. So for Halloween, our au pair Paola worked with him to create a traffic light costume from scratch using a cardboard box, painting it yellow, cutting out the holes for him to wear, and attaching the lights. Not only did our son enjoy the costume making project itself, he was also the happiest and proudest Halloweener around.” 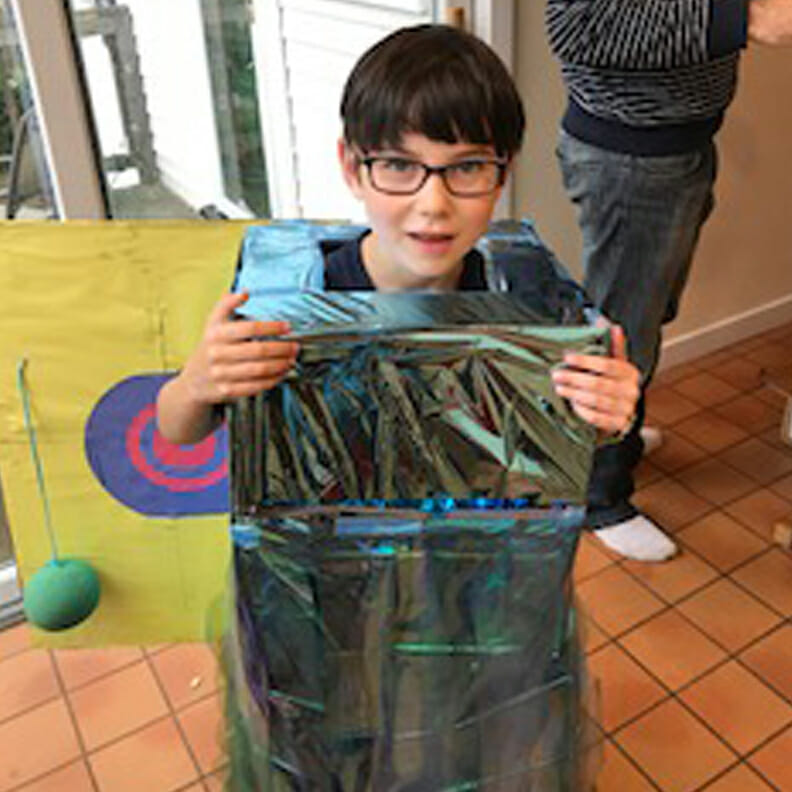 The Casey family in Massachusetts

“Our six-year-old decided he wanted to be a dunk tank for Halloween. So our au pair Jessy went and bought supplies and made him a handmade dunk tank costume, complete with target and attached ball. It was a thing of beauty that he could actually wear.”